The City of Charlottesville and Albemarle County are in the midst of a series of “cooperative” projects that are more like games of high stakes poker than regional cooperation.  Each project is a different game with different

outside players (Virginia Department of Transportation, Virginia Department of Environmental Quality, Federal Highway Administration, US Corps of Engineers, etc.) but each game features these two marquee players and the public, as either tax payers or rate payers are funding the game.  One thing is certain the friction in one game clearly rubs off to the others in a cumulative manner. 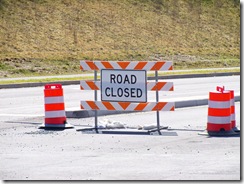 the longest poker game on record (43 years), Charlottesville raised the ante by demanding a grade separated interchange be fully funded prior to any of the three independent projects moving forward (the largest in a litany of many conditions).  Despite the interchange funding secured through a Senator John Warner federal earmark,  City Council currently retains a narrow 3-2 split in favor of construction of the City project (McIntire Extended).  There has also been a federal lawsuit filed by a number of city residents.

When the three independent projects will open is still unclear.  At this point, Albemarle County seems to have an upper hand with a full constructed, albeit closed, road.  The lawsuit is a wild card that may or may not trump Albemarle.

One of the more contentious, and expensive, poker games in recent memory.  This game required each side to fund preliminary engineering on two very different proposals for expansion of the Ragged Mountain Reservoir.  At the time, the Free Enterprise Forum opined regardless of who won someone was wasting money because their plan would not be used.  In the end, the jointly run Rivanna Water and Sewer Authority selected the County favored plan of an earthen dam but at a lower height than the county wanted.

Recognizing that the lower height was the only way the project would move forward at all, Albemarle agreed to Charlottesville’s demands.  In March 2009, Mayor Dave Norris famously said, “We hold all the cards” because the City holds title to the reservoir.

While the regulatory agencies have not yet approved the modifications to the permit, sources indicate such approval should be relatively easily attained.  This game seems to be won by Albemarle but not without giving Charlottesville a few chips.  Charlottesville played its hand beautifully and still has the dredging card yet to be played.

Few can argue that the on ramp to westbound 250 and Emmet Street is a choke point.  Between the multiple curb cuts and the bus stop in the right lane, traffic can back up into the Hydraulic US29 intersection.  It is one of the “doable” projects the Charlottesville Regional Chamber of Commerce supported in the Places29 masterplan. 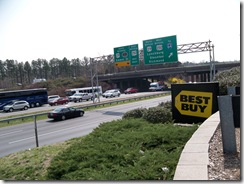 Albemarle County and the City of Charlottesville went together to get special legislation to allow proffer money in one jurisdiction be used in another for an off site improvement.  The bill passed and Stonefield (the mixed use shopping area formerly known as Albemarle Place) has promised through a proffer to provide $1,000,00 to the project.  The local match of VDOT funds is $500,000 (from the city).

As an outsider looking in, it seems Charlottesville has all it needs to move forward with construction if it would meet the match and finance the proffer.  Considering the favorable climate for construction, why would the city wait?

“This improvement has been judged by the city and the county through the MPO to be perhaps the most important project in the area,” Rooker said. “My concern is that if the city doesn’t move to utilize those funds they could end up being lost to the area.”

In this game, the city is holding their cards close to the vest, leaving the other players to wonder about motivations for this delay tactic.

In the newest project to test City/County cooperation, RWSA is seeking to increase system pumping capacity at (or near) the existing Woolen Mills Sewage Pumping Station (at the end of Chesapeake Street in the City).  When the RWSA Board was queried about their preference of location of the new pump station, Board member (and Charlottesville City Manager) Maurice Jones asked that the item be deferred until he could speak to City Council.

According to a Charlottesville Tomorrow story the options were:

Four sites have been under consideration for the upgraded pump station and each has a preliminary “concept level” cost estimate:

Charlottesville City Council looked at the four options presented by the RWSA and selected the only option not located in the city.  Some in the community decried this as NIMBY (Not In My Backyard) thinking.

The cost impactsof the selection were a source of contention between Supervisor Ken Boyd (Rivanna) and City Councilor David Brown at the RWSA meeting yesterday (3/22).  Mr. Boyd mentioned that Option “D” was $9,000,000 more expensive than Option A and asked if the City was willing to pay the difference.  Mr. Brown suggested that the RWSA Board was not charged with making the “cheapest” choice but the “best” choice.

After some unusually direct conversation regarding the Board of Supervisors role in this discussion between the two elected officials, the issue was deferred to the April RWSA meeting so Mr. Boyd could discuss the issue with his Supervisors collogues.

This particular poker game is just getting started and likely will have more twists and turns before the final cards fall.

One problem with seeing the City of Charlottesville and Albemarle County locked in a poker game is that the stakes are very high.  In every case, the public (either tax payers or ratepayers) are providing the chips.  Another problem is that in every poker game I’ve ever played there is always a big winner and a big loser (and lesser of both).

The Free Enterprise Forum would much prefer the community to come together and work together to build a stronger community.  While there is some natural tension between the two localities, today it is well beyond a normal condition.

Is this contention the “new” normal? 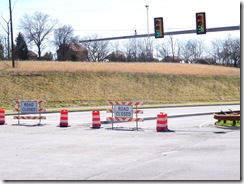 Will the elected leaders find the way to lead the community to a solution or will our mutual road to success remain closed?

Will this green light ever mean go forward?

Neil Williamson is the President of The Free Enterprise Forum, a privately funded public policy organization covering the City of Charlottesville as well as Albemarle, Greene, Fluvanna and Nelson County.  For more information visit the website www.freeenterpriseforum.org