On Tuesday July 23rd, Albemarle County’s Planning Commission will take final public comment on the Comprehensive Plan.  After working with the document for over two years, I believe the PC [and staff]would like to vote it ahead regardless of its true readiness for the stage. 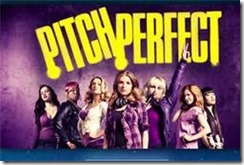 The Barden Bellas, as they compete against another a cappella group from their college to win Nationals.  Along the way the “Bellas” must re-imagine their identity and find their voice by working to harmonize their very different extreme personalities and talents.

The latest rendition of Albemarle County’s Comprehensive plan fails to find this multi faceted harmony and instead sounds more like  an ill prepared middle school choir with several different talented voices but no harmony.

Remembering that this process was a part of the one million dollar planning grant the Thomas Jefferson Planning District Commission (TJPDC) was awarded, one might have thought the document would be better coordinated.

Not singing from the same music

For well over four years, the Planning Commission has effectively refused to consider most changes proposed  to the development area boundaries that were created in 1979.

Many thought that the state came in and took a significant portion of Albemarle’s planned development area with the ‘Biscuit Run’ state park acquisition was reason enough to reconsider the lines drawn during the Carter Administration.

Regardless of their eventual decision to changing their tune regarding listening to the proposals was bad policy.

While we significantly appreciate the mere existence of an economic development chapter in the Comprehensive Plan, it seems almost apologetic for taking up space in the development area for jobs.

If this is appropriate why not have a portion of the Natural Resource Chapter focused on the County’s goals for Economic Development?

If the County can team up with Better World Betty, shouldn’t equal import be placed on Better Business Betty?

The Natural Resources chapter reads like a environmental evangelism text to the extent of explaining the details and detriment of habitat fragmentation. The level of detail in the Natural Resources text is mind numbing.  While much of this seems like good information, the Free Enterprise Forum questions the need for such text in the Comprehensive Plan:

The next step in planning for biodiversity protection is a landscape-level analysis that incorporates data on the County’s landforms and on the location and quality of habitats, including fragmentation and connectivity, as well as their current level of biodiversity. Aquatic biodiversity should also be addressed through a sub-watershed analysis. The landscape approach focuses on a wide scale (square miles rather than square feet) and on the management of major land features (e.g., forest blocks, watersheds, urbanized areas) to conserve biodiversity.

The squeakiest wheels get solos

In considering this document, the Planning Commission again and again has asked “What does the Neighb

orhood Advisory Council think of this?”.  While the advice of the advisory council is important, it is also important to recognize that those who serve as members of the council are “representative”.

Too often the advice of such council is to change nothing.   This Citizens Against Virtually Everything (CAVE) mentality permeates many of the advisory councils and is not representative of the citizenry at large.   Elected to lead, one hopes the Board of Supervisors would put the advisory council opinions to the side and consider the good of the entire county.

Just as ‘Pitch Perfect’ isn’t over after [spoiler alert] the girls finish third in regional competition, the Planning Commission’s July vote isn’t the beginning of the end, it is merely the end of the beginning;  The yet to be scheduled big finale will be with the Board of Supervisors sometime late in 2014 or early 2015.

If, however, the Board of Supervisors fails to fix both the lack of harmony and the intellectual inconsistencies, this document may end up like pre-Beca Bellas – All dressed up with nothing meaningful to say.   And that would be — as they say in the movie – “Aca-Tragic”.

Neil Williamson is the President of the Free Enterprise Forum, a local government public policy organization located in Charlottesville.  www.freeenterpriseforum.org