2016 – A Year of Exits (Executive and Grade Separated)

At this time each year, I take time to look in the rearview and see what issues we have covered that have garnered the most attention.  As usual, I am amazed, and thankful, for the large number of people who read and financially support our work.

Imagine you are a mayor or a City Manager, if a major employer and economic driver in your city was poised to leave, how would you respond?

Perhaps its just me, but I would likely fight like heck to keep them in the city.  It is much easier to retain a major employer than to attract one.

But what if the employer is actually an arm of a neighboring government, should that matter? …

If Albemarle decides to bring $17.86 million of ‘County’ economic activity back to Albemarle, Charlottesville may end up looking as wise as the Court Jester this Halloween.

Imagine being in the banana business — and you have no way to obtain fruit.

That is Albemarle County’s current economic development sales position: “Yes, we have no bananas.”

In just the second month of the new budget cycle, the Greene County Board of Supervisors discussed

The first issue that County Administrator John Barkley explained was that several positions are needed to be brought up to market value. He further explained that supplemental funds are being requested to fund the $27,250 for the reclassification of positions. Surplus funds from the FY16 budget will allow the county to be able to fund this request.

Those with even decent short term memory can remember the argument over the now defunct Western Bypass and the Route 29 “Solutions”.  Rather than building a limited access bypass around Charlottesville’s congestion (The Free Enterprise Forum supported), Bypass opponents proposed a series of integrated “solutions” would increase the existing roadway capacity.

As anticipated as the sun rising in the east, it is with absolutely no surprise that Albemarle County’s first Economic Development Director, Faith McClintic, will be leaving her position later this year.  In her short  18 month tenure, McClintic often found herself at odds with Planning Commissioners, some members of the public, this writer, and some elected officials.  In addition, she found herself without product as she said in August of this year:

While the Free Enterprise Forum lost the battle against the US29/Rio Grade Separated Interchange (GSI), we have found Albemarle County (and Virginia Department of Transportation (VDOT)) to be working exceedingly well together and significantly positively impacting the challenging business environment due to the roadway construction.

In the most recent Route 29 Solutions Project Delivery Advisory Panel meeting, former VDOT Commissioner and PDAP facilitator Philip Shucet indicated the next phase of the Rio GSI project, where the intersection will close for up to 103 days,  “Isn’t going to be a birthday party”.  This might be the understatement of the year.

Over the last dozen years, I have read literally hundreds of Albemarle County staff reports.  I tend to find the reports to be professional, concise, factually correct and devoid of generalizations or editorial commentary – until last week when I determined that SOMEONE  improperly and sensationally  used a tragedy to further an advocacy position in what was presented as an impartial staff analysis.

In an attempt to sensationalize the need for closing of Earlysville Road to truck traffic, SOMEONE has stooped so low as to cite a terrible teenage 2002 drunk driving accident as justification to overrule the technical analysis of professional traffic engineers.

as its population increases?”

Perhaps the question should be “After millions of dollars of planning and infrastructure spending, should Crozet residents be allowed to stifle population and economic growth by hijacking the master planning process?”

We’ve recently learned such a plan is in the works.  And it is a bad idea….

The reality is the CCAC is opposed to density in the development area that is critical to achieve the philosophical goals of the Comprehensive Plan. The community vetted plan calls for densely populated development areas filled with amenities and services surrounded by less populated rural areas that are supportive of agriculture, forestry and open space.

In her seminal book “Snob Zoning”, Liza Prevost, exposed what happens when NIMBY zealots are able to change plans and regulations

“I’m a little surprised board members are so happy to push this under the rug,” said Supervisor Tony O’Brien. . .

O’Brien said there were supervisors who should recuse themselves from the vote because they should know they aren’t compliant with the program.

Eager asked O’Brien to name who he thinks is not compliant as she has done everything to be compliant. He replied he never thought she wasn’t but questioned if Supervisor Don Weaver and chairperson Mike Sheridan (Columbia District) were compliant. He also thought Supervisor Mozell Booker might not be compliant but she was in a different arm of the program.

Sheridan said he asked a cooperative agent if he was in compliance and was told his practices were.

Fred Payne, county attorney, gave a legal opinion that supervisors do not have to recuse themselves just because they participate in the program.

O’Brien also suggested Mike Sheridan should recuse himself because Mel Sheridan is his brother.

Payne’s said Mike Sheridan had no need legally reason to recuse himself. He continued supervisors can always recuse themselves if they feel it is necessary but there was no legal reason to do so.

O’Brien said under his breath after the vote, “Embarrassing.”

Last Tuesday evening, a rare joint meeting of the Albemarle County Planning Commission and Board of Supervisors heard a great deal from both wedding venues and the vendors that support them.  Albemarle staff had prepared a proposed ordinance that, am 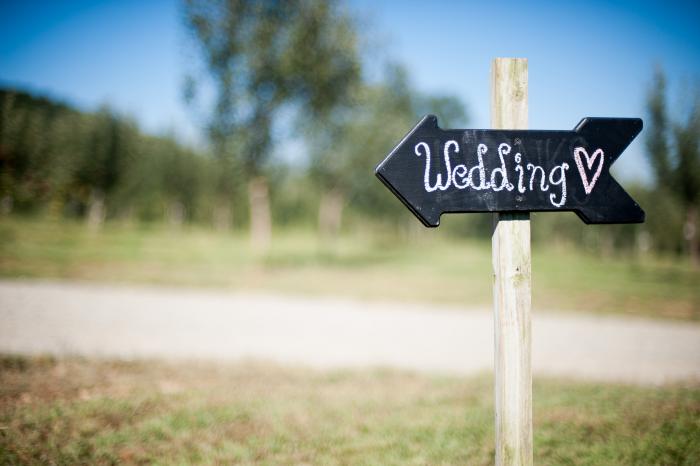 ong other things, would limit the ability of wineries, breweries and distilleries to 24 events a year.  In the end the supervisors backed away from the most restrictive portion of the ‘indecent proposal’.

Yes, 2016 has been a year of executive exits, speedy construction and threats of overregulation.  Through it all the Free Enterprise Forum continues to blog, tweet (@neilswilliamson) and Facebook about local issues of significant importance.

The year ahead is filled with promise: the promise of a national search for a new Albemarle County Executive, the promise of so called “Solutions” 29 being completed earlier than scheduled (looks like June), the promise of new form based code development in Charlottesville, as well as the promise of elections across all localities.

2016 will also bring us the opportunity and privilege of attending and participating in  many more government meetings where important policy decisions are made and #SeatsAvailable.

Thank you for your support!