Funding for both plans come from state and federal revenue such as gas tax and sales tax. Distribution of funds is based on population and lane/miles of roadway in a locality. Funding allocations are made for unpaved roads with at least 50 trips per day. Secondary roadways, both paved and unpaved, are considered and there are 151 miles of unpaved roadways in Greene County.

The first project which is currently under construction is Route 607 / Matthew Mills Road east of Route 29.  This project is to widen to roadway and improve the intersection on the northbound lane of Route 29 turning onto Route 607. The next project to be done this year is Route 630 / Rosebrook Road. By year, below are the additional roadways scheduled:

Supervisor Jim Frydl (Midway) asked DeNunzio if the Supervisors could make changes to the order of projects and was told that they could. Supervisor Bill Martin pointed out to DeNunzio that Ice House Road has 290 trips per day and they may want to change its priority.

The hearing was next open to the public with one person addressing the board. Mr. Murray addressed the Supervisors requesting paving of .4 of a mile of South River Road east of Route 230. This is the end of South River Road where four families live and a fifth is moving into. Mr. Murray refreshed the Supervisors memory that he had appeared in May, 2016 when VDOT was in attendance asking for the same section of roadway to be paved and he has never received an answer.

DeNunzio answered that he would have to review his information to see if it qualifies or if it has already been approved to be worked on and to answer the request. DeNunzio indicated that there could be funds available after the Ice House Road project if the Supervisors want to use those funds for South River Road.

Frydl was concerned about holding up other projects while waiting on an answer for South River Road. DeNunzio told the supervisors that he would have an answer by the next Board meeting and that nothing would be impacted in that time frame. Given that answer the Board voted to defer action until the June 13th meeting.

Later in the meeting, DeNunzio gave VDOT’s quarterly update. Bids have been received on upgrading guardrails on Route 33 with a target cost of $1.1 million. If there is a qualified bid the work with be done from August, 2017 to June, 2018. The bridge replacement on Route 230 near the Madison County line over the Conway River has just switched to work the west side of the roadway. This project is scheduled to be completed by November, 2017. 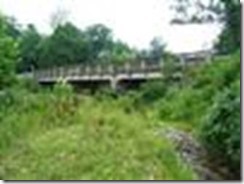 Martin thanked DeNunzio for VDOT cleaning up the intersection of Route 33 and Route 33 Bypass. Martin asked what VDOT is planning to do with the lot. DeNunzio indicated there is a procedure for the original owner to buy the property back. Martin indicated that the parcel would be ideal for either a safety function or a commercial operation.

Brent Wilson is the Greene County Field Officer for the Free Enterprise Forum a privately funded public policy organization.  The Free Enterprise Forum Field Officer program is funded by a generous grant from the Charlottesville Area Association of REALTORS® (CAAR) and by readers like you.  To support this important work please donate online at www.freeenterpriseforum.org