The Fluvanna County Board of Supervisors are adding another $8.5 million to the county’s debt total.

The supervisors voted 4-0 to finance $8.5 million for the Zion Crossroads water and sewer project.Chairman Mike Sheridan (Columbia District) had a pre-planned absence.

Current estimates has the project at over $10 million. The remaining amount will be paid in cash from the county’s reserves.

The supervisors originally applied and were approved for $8.5 million through the Virginia Resource Authority but debated on financing less than the full amount. The county’s reserves are sitting at $4.8 million above policy of keeping 12 percent of the budget in reserves. This additional amount above policy is called the ‘fund balance.’

With financing of $8.5 million for the project, the county will still pay $1.7 million in cash from the fund balance.

“Flexibility [in the cash balance] is important. $2 million is not a lot of flexibility,” said O’Brien.

The county’s debt total will be over $100 million. Starting in FY19 the county will be retiring $6 to $7 million a year of debt.

Also at the June 21 meeting, the supervisors approved a number of changes in the the zoning ordinances.

The only one not to get an unanimous vote was the one regarding planning unit developments. Fluvanna still does not have an approved PUD and only one has come to a vote, Walker’s Ridge.

The changes would restrict PUDs to the Zion Crossroads community planning area and would require use of public water and sewer. O’Brien raised concern if a developer needed more capacity than the county could offer at the time, it would stop development.

County staff said if a developer wanted a PUD, the developer would help finance an expansion of the system to make it work.

Wayne Stephens, director of public works, said he thought it would be a huge mistake to allow people to build a private system in a community planning area.

O’Brien envisioned a scenario where the developer would have a private system that later would connect when the capacity would allow.

“Trust me, if you have an out…someone will take it,” said Stephens.

The ordinance change passed 3-1 with O’Brien against it.

The other zoning text amendments passed without dissension. The sign ordinance became less restrictive including allowing larger signs in the Zion Crossroads urban development area. The ZXR sign overlay district will have similar dimensions as Louisa County but slightly smaller.

The other change was increasing the maximum height of Industrial 2 zoned properties. It also will now require less setback unless bordering a residential zoned property.

All of the changes are geared to helping development in the Zion Crossroads’ area with the anticipating of the aforementioned planned water system.

In other news, the supervisors approved the county applying for a grant to build a fire training tower building at the Fork Union Fire Station. The goal of the application is for the county’s match to be provided by staff work or already budget resources instead of additional cash contribution.

The supervisors approved a new private secondary school at the old ABC Preschool by Slice Road. The facility is a six week program geared to helping students return to the public school classroom by working on social skills and classwork. The private school has agreements with Fluvanna, Albemarle, Charlottesville, Greene, Nelson and Madison already.

The board transferred money to pay for county attorney services. The FY17 projected cost is $273,000. The county’s attorney costs have increased each of the last four years. The supervisors briefly discussed during the budget season hiring a full time county attorney, however that discussion didn’t go far.

Also at the June 21 meeting the supervisors extended the contract for the county attorney services at the same rates as the current fiscal year.

The supervisors will next meet on July 5 at 4 p.m. and 7 p.m. The supervisors have no second meeting in July. A public hearing on issuance of the ZXR bonds will be on the 7 p.m. docket. 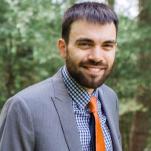 The Free Enterprise Forum’s coverage of Fluvanna County is provided by a grant from the Charlottesville Area Association of REALTORS®and by the support of readers like you.