Fluvanna County has one traffic light. And according to the Virginia Department of Transportation (VDOT)  estimates, it should stay that way. 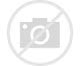 Fluvanna will have four “Smart Scale” applications to the Commonwealth Transportation Board to be considered this cycle and two include adding two more roundabouts instead of traffic lights.

Virginia‘s SMART SCALE (§33.2-214.1) is about picking the right transportation projects for funding and ensuring the best use of limited tax dollars. It is the method of scoring planned projects included in VTrans that are funded by House Bill 1887

The intersection of Route 53 and Turkey Sag Trail rated the highest priority in the county. VDOT’s engineers recommended a roundabout. The proposal includes a multiuse path alongside Route 53 and connect to shopping centers on Turkey Sag.

“This works much more effective than a typical intersection,” said Chuck Proctor from VDOT.

If selected by the Smart Scale process and approved by the CTB, this would be the fourth roundabout on Route 53. There are two complete; one at South Boston Road and another at Route 15. There is one in preparation at Lake Monticello Road.

VDOT is recommending another roundabout on Route 250 at

the intersection with Troy Road. The supervisors requested this intersection to be studied especially for economic development reasons (a part of the Smart Scale scoring system). Zion Station and Zion Crossroads Industrial Park are both near the intersection.

The other two applications are intersections on Route 15 that the supervisors are sending applications to improve safety concerns.

The first is Bybee’s Church Road where VDOT proposes adding turn lanes to help reduce rear end collisions, the primary cause of accidents at the intersection.

The other was heavily used Troy Road and Route 15 where a curve, dip and traffic have caused issues. VDOT found a way to add turn lanes, lower the road and straighten the curve to improve sight distance.

All will be sent to the CTB for review. The review cycle is ~16 months:

It is not anticipated all four projects will receive Smart Scale funding. Those that do not get funding will be eligible for other revenue sources available to the area VDOT office.

The Free Enterprise Forum’s coverage of Fluvanna County is provided by a grant from the Charlottesville Area Association of REALTORS® and by the support of readers like you.