Yesterday, the Fluvanna County Board of Supervisors set a new record for inaction and meeting 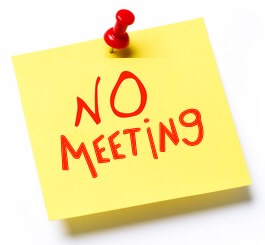 time because legally they couldn’t do anything but two motions.

County attorney Fred Payne announced a board of less than a quorum could only do two motions: defer the agenda and adjourn. With that, Nichols called the meeting to order in absence of the chair and vice chair people.

He asked if there was a motion to defer and adjourn. Weaver responded he would make that motion. Eager seconded. Nichols called for a vote and it carried unanimously.

The two supervisors then went to meet privately with the county attorney and administrator. Legally, supervisors can meet in groups of less than a quorum to discuss business without violating the open meeting laws. Once a quorum is met, it has to follow normal meeting procedures.

As Weaver and Eager left, Weaver said, “just two of us”, a reference to the gathering not being an official meeting.

Any item with a time sensitivity that waiting until Sept. 19 will not be feasible will have staff action. On Sept. 19 the board will have to ratify that action. It isn’t an ideal practice and is used sparingly.

But here’s what would’ve happened, had the meeting had a third supervisor:

The big ticket item that was the grant from the Virginia Information Technologies Agency. The $246,000 grant was awarded to Fluvanna to replace voice logging software and other E-911 equipment.

The state would pay for installation and increase contract costs for 24 months. Estimated increase in the contract is $12,000 a year. There is no local match required for the grant besides the county assuming the additional costs in month 25. The county previously received this grant in FY13 and FY14. Estimated deployment of the new equipment is the first half of 2020.

Another big issue was a supplemental appropriation of the capital reserve maintenance fund. This was connected to the unspent middle school funds from last meeting. FCPS is requesting $72,000 for abatement of an unusable classroom in the Abrams building.

County staff has gone through unused CIP allocated funds to see what could be transferred or returned to unassigned in the fund balance, the county savings. Staff found $138,000 of projects that could be moved to the Capital Reserve Maintenance Fund.

A fifth project, building envelope renewal and repair, was reduced in scope or completed in other projects. It had a remaining balance of $120,000. Some of the project was for the historic courthouse that needs additional work of shutter repair, column restoration and painting all exterior trim. That $120,000 was requested to go towards work at the John Hartwell Cooke designed building.

The BOS meeting date change would push back the January 2019 meetings to the second and fourth Wednesdays of the month instead of first and third. The first Wednesday is January 2.

But none of these happened. The supervisors will try again on September 19 at 7 p.m. Bring snacks.

The Free Enterprise Forum’s coverage of Fluvanna County is provided by a grant from the Charlottesville Area Association of REALTORS® and by the support of readers like you.