With apologies to the Lone Ranger, Charlottesville’s regional housing advocates and practitioners 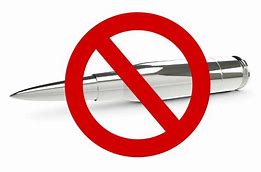 seem to agree there is no “Silver Bullet” solution to the region’s housing affordability issues. Instead, Robert Liberty from Portland State University suggested looking for “Silver Buckshot” – a myriad of interconnected solutions.

This was just one of many new buzz words (and facts) to come to light as part of last Friday’s Regional Housing Partnership “Opening The Door” summit.  Elected officials as well as staff from almost every Central Virginia locality were in attendance and engaged.

Homelessness while mentioned in the Summit title was not the true focus of the majority of the agenda.  Anthony Haro from the Thomas Jefferson Area Coalition for the Homeless (TJACH) provided data showing the point in time homelessness numbers are declining but still exceeds 150 persons and that does not include folks who are “doubling up” or “couch surfing”.  Haro’s comments regarding homelessness were enlightening:

We can’t prevent homelessness but we as a community can provide services to make those episodes rare, brief, and non-recurring.  Homelessness is a symptom of an unhealthy housing ecosystem

Homelessness+X= Not Homeless [solve for X]

In her lunchtime remarks, Dr. Lisa Sturtevant, chief economist at The Virginia REALTORS®, highlighted the societal and personal benefits of positive housing including mental and physical health, improved school performance and greater opportunity for economic self-sufficiency. She also provided an interesting quip demonstrating the corollary to this concept

“Your Zip Code is more important than your genetic code”

Studies have suggested that the socioeconomic reality of your living conditions has a greater impact on your health than your DNA.  She indicated that African American home ownership today is as low as it was in the 1950s when discrimination was a part of many localities zoning code.  In Virginia, there is a 25% home ownership gap between white and black families [Albemarle 31.8% gap].

Interestingly, Sturtevant reported many localities have moved their housing departments under their economic development departments as housing availability and affordability directly impacts economic development.  She mentioned proper housing matters to provide equitable access to services and opportunities, ability for all to prosper regardless of socioeconomic status, improved racial and economic integration

Sturtevant also called out Charlottesville, Albemarle County, and other localities in her remarks:

“There are communities that are not approving enough housing to keep up with demand, you are one of them”

She called for “Green Taping” to streamline and reduce inefficiencies in the development review approval process.  She also highlighted the concept of expanding housing options in high opportunity neighborhoods [increasing density via duplexes and triplexes in existing Single Family zoning].

In a later session, the Not In My Back Yard (NIMBY) crowd coupled with land use regulations [often written by NIMBYs] were identified as contributing factors for the lack of affordable housing.  The topic of Accessory Dwelling Units (ADUs) was mentioned regularly throughout the conference.  One speaker suggested ADUs provided a tool against neighborhood gentrification.

The need for units was also a regular refrain at the Summit, Randy Grumbine from the Virginia Manufactured and Modular Housing Association (VAMMHA) asked the group assembled to rethink their definition of housing.  Manufactured housing is a very different product today than it was in the 1970s and 1980s.  He suggested his association’s products could be a significant fix to rural home affordability.  He asked a pointed question to the audience:

“Are manufactured homes a part of your locality’s affordable housing strategy?

Piedmont Housing Alliance Executive Director Sunshine Mathon may of captured the housing question best when he was asked what kind of housing is most needed in the Charlottesville region:

Charlie Armstrong of Southern Development was asked about the impact of regulation on the cost of housing.  Armstrong quoted former Charlottesville Regional Chamber of Commerce President Timothy Hulbert:

Congratulations to the Regional Housing Partnership for putting together an excellent event AND getting the decision makers to attend.  In recent years our communities have stepped up their financial commitment to affordable housing, perhaps it is time for them to use the same kind of energy to make housing more affordable to build.  Regulatory reform, zoning changes and yes, Development area boundaries should all be on the table.

Will the lack of housing across all price points and the housing affordability issue be enough to move significant changes forward?

Only time will tell.