Tonight (9/24) the Albemarle County Planning Commission will receive the 2019 Growth Management Report. While we applaud this important effort, we have found arithmetic errors and faulty logic that may indicate an implicit bias to overestimate housing capacity.  Staff, channeling Harry Truman’s economists, sees there is plenty of room for development unless there is not.

This report is staff’s analysis of recent residential development trends and developable land within the Development Areas. The report includes the 2019 iteration of the residential capacity analysis.

The report correctly identifies an adequate housing supply impacts not only Albemarle housing markets but also adjoining localities, the transportation networks and the environment.

Providing an adequate and affordable housing supply is a crucial component of the County’s planning policy, acknowledging that an inadequate housing supply combined with increased demand and competition for housing can have negative impacts on both long-term and new residents. Driving new residential growth into surrounding localities can exacerbate local traffic issues and greenhouse gas emissions from increased commuting, and high housing prices can lower quality of life due to reduced spending power and lead to displacement of existing residents. Although many people may work in the region’s urbanized area and choose to live in the Rural Areas or in outlying areas due to lifestyle preferences, the Development Areas also offer better access to services including public transportation which are vital for low-income residents.

Appendix A of the report seems to indicate there is PLENTY of developable capacity within Albemarle’s less than 5% land mass development areas.

In the text on page 13, it is correctly noted that Cascadia will end up being 64 units below its [zoned] approved maximum theoretical density.  Cascadia was zoned for a maximum of 330 units.  The chart in Appendix B, Cascadia is shown with 261 units have been built, leaving 69 yet unbuilt.  At the point in time they froze this data the 69 number was probably correct, but 261 was not.  To arrive at the 269 units built number Albemarle Arithmetic simply deducted 69 unbuilt from 330 zoned.

Looking at another line item in the Appendix B chart seems to show a shift in methodology. For Rivanna Village, Albemarle Arithmetic correctly captured that 18 units had been built, but then deducted 18 from the theoretically zoned maximum of 400 to arrive at a yet unbuilt number of 382.  382 is incorrect.  According to the approved site plan there will only be a maximum of 313 units built in Rivanna Village.

As with Cascadia, they did not hit the max number of units the zoning would allow.  So the correct number of remaining unbuilt units in Rivanna Village as of the date of this data would be 313-18=295.  That’s 87 fewer units than the report indicates.

Interestingly, while stating that Albemarle has enough capacity, the report shifts tone when discussing the potential for over estimating capacity: 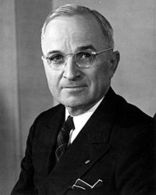 This capacity statement reminds me of President Harry Truman who said:

Give me a one-handed Economist. All my economists say ‘on hand…’, then ‘but on the other…

After significant modeling, algorithms and calculations, Albemarle Arithmetic has determined either we have enough land designated for growth or we don’t.